With your help, I have found true happiness 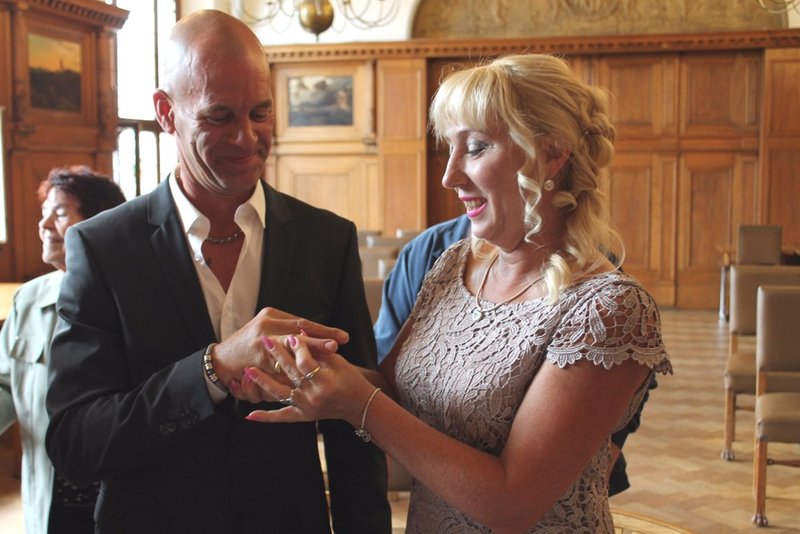 With your help, I have found true happiness.

Thank you for being there, With your help, I have found my love.
One night it occurred to me I could find my partner on the Internet. I had heard that many lovely Ukrainian women are seeking a partner. So I entered "women from Ukraine" in my search engine, finding GenerationLove in my results. I immediately searched the Internet to see if I had found a reputable partner agency: Only positive reviews showed up. I signed up right away and was quite pleasantly surprised to find so many profiles of pretty women. One day later, I received a letter from Elena. I answered, and fortune took its course. We wrote each other numerous very pleasant letters. Soon I felt as if I had known her for a long time.

Two months later we decided I was going to visit her in Ukraine. When we met for the first time, we immediately felt attracted to each other.
I stayed with her for one week. As she didn't speak German and I didn't speak Russian, translator Katarina, who speaks both, helped us tremendously to understand each other. We spent a marvelous time and decided that Elena will come visit me in Germany. 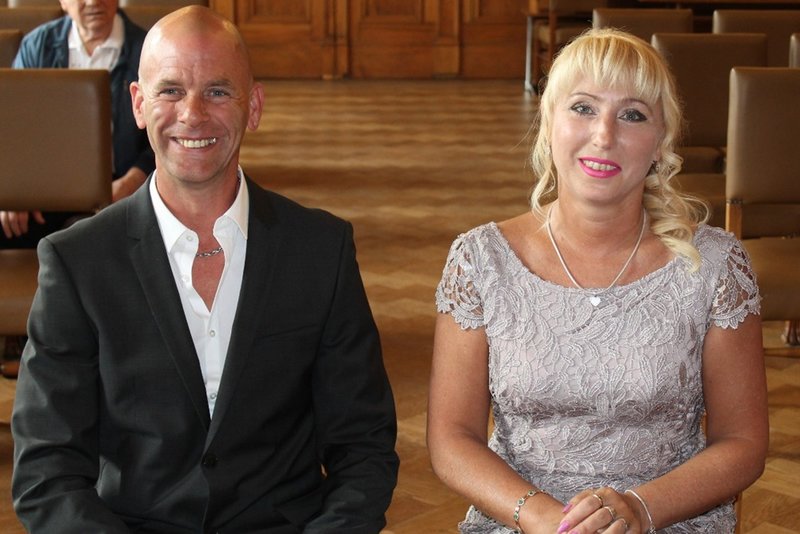 Endless waiting began, which we bridged by writing and phoning each other daily. Finally the day came. Six weeks later, I could finally take her  into my arms again at the airport. We spent four very happy weeks, which went by immensely fast. We had come to know each other so intensely that we were planning our wedding now.

10 weeks later, the day had came: Elena arrived back in Germany, and we had all the documents needed for our wedding. We were married on August 25, 2017.

After 10 more weeks, she traveled back to Ukraine to have her passports altered, while I took care of the German legal formalities. Another unending 8 weeks went by until I took off for the 2800 km (1740 miles) to Ukraine in my own car. We spent 4 days with her family in her home country. Then we went back home to my house, we we now live happily together.